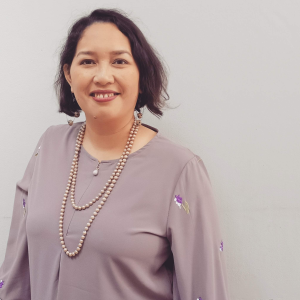 Why are we still defending the culture of marrying off children in 2021?

There is a deafening silence in Malaysia whenever the issue of child marriage crops up. The recent announcement by religious affairs minister, Idris Ahmad that it is not necessary to raise the legal marriage age of Muslim girls from 16 to 18 hardly made the frontline news.

It begs the question – doesn’t the Malaysian government see the equivalence of getting a child married as a form of violence? It is in direct violation to the Convention for the Elimination of Violence Against Women (CEDAW) and Convention on the Rights of the Child (CRC) that this country had acceded to.

Where are the indignant retorts about honour, like the ones that were raised when Libresse released their menstrual pads with vulva-inspired flower patterns?

Where is the ire, like when it was believed that a Malay woman’s name was used as the brand name of a locally made whiskey?

Sadly, there was none except perhaps just NGOs and the usual suspects that dared to speak up

Why is the idea of educating women and girls about their own reproductive system so offensive, yet it is perfectly alright to send them into a marriage with zero knowledge about how things work “down there”? It would seem that girls are not adequately informed about what is expected of them when they sign on to this lifelong commitment.

It is a strange paradox that the idea of teaching children the correct names for their body parts is met with disdain, yet the idea of a child having sex is fine. As long as she is legally wed, of course!

Just yesterday, Khairy Jamaluddin, our Health Minister, made a statement that violence against women and girls is a health issue at the second annual Malaysia Women and Girls Forum. This is contradictory to the statement by the religious affairs minister just the day before. So what actually is Malaysia’s stand on this matter?

Not to mention, child marriage enables sexual grooming of children. It enables pedophiles to rape children and then marry the victim who is unaware of her rights, to escape the law. What is the point of a sexual grooming law, when there is a large loophole to prevent the child from obtaining justice?

But really, why bother with all the process that just complicates matters and adds unnecessary cost? Why not just set the rule once and for all that girls under the age of 18 cannot be wed? Why bother asking around if there is genuine interest in the protection of girls and their bodily autonomy?

Let’s just simplify matters and say no, loud and clear.