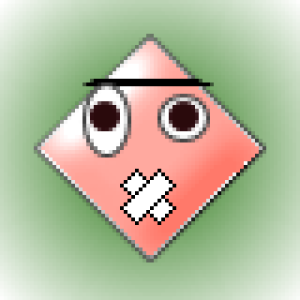 My blood still boils from that online confrontation I had with a deeply misinformed stranger on the heels of the incident involving Shell’s ‘tudung lady’ cardboard cutout. For those unfamiliar with the story, it happened in 2017, when an obviously innocuous cardboard cutout of a female Shell staff that was placed all over the petrol stations’ outlets caused uproar. It was reported that numerous men had taken to grope the inanimate figure and to proceed to take lewd, sexually suggestive poses with it, documenting the process and providing the public with photographic evidence of their misdemeanours.

The incident sparked a nationwide debate, yet again, on how Malaysia’s majority-Muslim citizens treat the issue of women’s dress and its link to sexual victimhood.

But, more broadly, the incident was indicative of how we as a nation think, talk, and behave around issues surrounding sexual harassment and rape. And how all these contribute to the harmful product that is rape culture.

‘Rape culture’ refers to a toxic environment in which sexual violence and aggression by targeting mostly women are normalised. Often, these cases are justified and given excuses by the public, pointing the blame towards women for instigating the horrific incident whilst largely downplaying the role of the aggressor.

In the past months alone, our country has been reeling from disturbing revelations involving traumatised young and older women, who were forced to endure humiliation at school due to unsolicited and undignified ‘period spot checks’, and now, the threat to a schoolgirl’s life after she took to Tik Tok to expose a male teacher’s apparent blasé on making rape jokes.

The purpose of me writing this piece isn’t so much to talk about rape culture itself, but to somewhat illuminate on the social processes that contribute to the establishment and continued persistence of this dangerous environment.

I do this by paying particular attention to discourse. In layman terms, discourse can simply be understood to be any form of communication. Think of when we say, ‘let’s have a discourse about this,’ – we’re saying that we’d like to come together to discuss and exchange views.

However, from an applied linguistics perspective, you can broadly divide discourses into two – small ‘d’ discourse, and big ‘D’ discourse. According to American linguist James Paul Gee, the former concerns language in use, whereas the latter concerns ““socially accepted associations among ways of using language, of thinking, valuing, acting, and interacting, in the “right” places and at the “right” times with the “right” objects” (Gee, 2014, p. 34). From here on, I use discourse to refer to big ‘D’ discourses, to discuss how Malaysians’ thoughts, values, actions and interactions on the subject of rape manifest through their use of language and other social products.

Cultures are social constructions, meaning, they come into being through social interactions between members of a society. These interactions are not one-time occurrences; rather, they are sustained over many years involving multiple generations, with the same messages being relayed repeatedly.

Rape – as a culture – therefore involves a society that has spent generations spewing toxic and destructive views on women. It is inherently patriarchal in nature; meaning, women’s ‘womanly attributes’ whether they be physical, sexual, emotional, and mental, are to be blamed for their incessant predicaments, most often inflicted at the hands of men.

Men are therefore implied to be de facto beneficiaries of rape culture (and patriarchy, in general) – women are considered as animate ‘tools’ through which the male aggression and sexual frustration can be regulated.

Such a mentality is propagated among society via socialisation, a two-stage lifelong process through which individuals are taught the ideal beliefs, values, and actions that are deemed necessary for them to be accepted as functioning members of any society.

Primary socialisation occurs in the family up to about the age before children enter schooling, at which the secondary stage begins and continues well into their adolescence, adulthood, and death.

In both stages, there are agents of socialisation at play – social institutions that are responsible for disseminating and regulating the beliefs. They are typically the family, peers, education, religion, and mass media.

These agents do not construct the beliefs themselves; in fact, the beliefs are espoused by the individuals who make up these institutions, and the institutions thus merely reflect the views of their members.

Let’s do some self-reflection and ask ourselves: can you remember what you were taught as children about women’s body, and how we (boys and girls) should perceive and treat them?

Think about what you might have been told by or even witnessed among your family members, friends, and teachers, in places of worship, movies, songs, TV shows, books?

Language plays a central role in all this – in the specific phrases and words you’re told to police your dress,

“Don’t wear skimpy clothes, lest you want to be molested.”

To regulate your behaviour,

“If you’re flirting with a guy, you’re giving him consent to do what he wants with you.”

To control your thought processes,

“I can’t be too vocal, because as a woman I’m supposed to know and keep my place; quietly and demurely….

“I got harassed and abused, and it is my fault (victim blaming).”

When you spend your life hearing these things, and watching them on TV, you’ve internalised these beliefs. They become an ideology, and ideologies are deeply entrenched foundations that are difficult to dismantle.

But, it’s not impossible.

Globalisation 4.0 has given rise to a plethora of digital platforms through which alternative beliefs and values can be accessed.

The hegemonic discourses on rape through which we’ve all been inculcated are being threatened by subversive discourses that are helping women (and men!) break down these dangerous beliefs.

For instance, whereas rape culture is all about making women be responsible for their public safety (“teach me how to dress so I won’t get raped”), a resistance approach in recent years have been to make men more accountable for their actions (“teach me not to rape”).

We see the beginnings of a cultural shift on a macro and global scale in movements such as #MeToo; #Time’sUp; Women’s March.

But also, just as significantly, we see the same shifts on a micro and personal scale – in women and men coming forward to tell their stories and to take legal action against their aggressors…

…and in the courage we see in Ain Husniza Saiful Nizam, the teenager who utilised Tik Tok to raise awareness on toxic rape culture in schools, even at the cost of her own safety.

Those who threatened her are upholding the hegemonic discourses of rape culture – even the police are calling the threats to her life as possibly “a joke”.

Hegemonic discourses on rape culture are sustained through language use, over many generations. If we are to challenge and dismantle these dangerous beliefs, we must begin to make our own subversive discourses that relay the message that women are not simply ‘tools’ for sexual gratification, that we have a voice and we must use them, and that men can, and must be our allies. It is also important to note, that men can also be impacted by rape culture as victims.

It can be as simple as standing up for survivors of sexual assault and standing up to aggressors – whether they be female or male. Or even calling out problematic language and challenging well-established misperceptions that a woman’s worth is tied to her state of dress.

If we do this often enough and sustain it long enough, then those ‘agents’, those social institutions won’t have much choice but to reflect our evolved views.

We’ll begin to witness more and more families teaching their daughters and sons that all bodies are to be respected, and for schools to do the same. ‘Locker room culture’ where boys and men are expected to exchange sexist jokes on women can be shut down. By whom? By boys and men who will make their peers accountable for their actions. Religions will cease to be manipulated for the purposes of moral policing of women; and media too will be made accountable should they propagate dangerous and ill-informed narratives on sexual assault.

Perhaps by then, in the following generations, rape wouldn’t be a culture anymore.